Smoking during the nights of incense Rau(h)nights and the smoking of houses and stables are an old custom that was known and practised in many places, but is nowadays visibly falling into oblivion. Today, people may no longer necessarily try to drive away evil spirits, but many still enjoy the relieving and cleansing effect of fumigation in the house.

What and when are the Rauhnächte?

The 12 nights, called Rauhnächte, usually begin on the holy night of 24 to 25 December and end on the night of 4 to 5 January. The dates are not completely uniform, however, because the Rauhnächte vary somewhat from place to place. The night of Epiphany, i.e. the night from 5 to 6 January, usually concludes the Rauhnächte.

The 12 nights originally result from the difference between the lunar and solar year. While the moon has already orbited the earth 12 times, the earth still has 11 or 12 days to go before it has orbited the sun once. In addition, the winter solstice takes place on 21 and 22 December, the longest night of the year. The Rauhnächte are therefore the darkest time of the year.

In old traditions, it was assumed that the connection between this world and the hereafter is particularly permeable at this time. Evil spirits must be driven out and accumulated negative energies expelled from the house so that a new start can be made into the brighter time and the new year. One of the ways to do this is to fumigate the flat and the house.

Instructions for burning incense during the nights of incense

What you need besides the incense bowls for fumigation:

To smoke out your home, you first need to set up the fireproof bowl or the incense burner. In the case of the incense bowl, the charcoal is lit and left to glow in the sand until it forms a white ember. The chopped herbs or incense can be placed on it.

This then begins to smoke quite strongly together. With this, one goes through the house, preferably from bottom to top. All rooms are entered individually and the smoke is distributed in every nook and corner. The windows are closed and the smoke can also be spread with a feather or a leaf.

Then open all windows and doors briefly to remove the smoke and with it the polluting energies and germs in the air. Then, if you wish, you can burn incense with fragrant, pleasant herbs without airing the room afterwards.

This is done as often as desired. Some burn incense once on Christmas Eve, some on Christmas Eve, New Year's Eve and Epiphany, some every night. Each night can be dedicated to a different theme and the herbs chosen accordingly. You can also burn messages on small pieces of paper if you want to get rid of something specific, strong or burdensome. The incense method is also a good way of clearing the air in a new home and removing old disputes and burdens.

Depending on what you want to focus on when fumigating, you can use different types of incense. The most popular herbs, especially suitable for the time of the Raunächte, are the following:

White sage - especially cleansing, has a germicidal effect on the air, provides peace and cleanses old energies from the air

Preparation & support of the rituals during the Rauhnächte (Rough Nights)

The Rauhnächte are a time of transition from the old to the new year, from darker to lighter times. You can leave behind things that you don't want to take with you - both through fumigation and through other rituals. From a practical point of view, you can start by closing up various loose ends, doing chores, returning borrowed things and sorting out matters of all kinds.

You can review the old year, think about who has accompanied and supported you lately and give thanks. In the same way, one can settle disputes, reconcile or, if necessary, leave people behind. Meditation on certain themes accompanies the purification through fumigation and cleanses the mind, so to speak.

Meditating helps to sort out thoughts and get rid of them so that you can then concentrate on things that are more important to you. Burdens are dissolved and this is particularly useful at the turn of the year during the "Rauhnächten ". One meditation that is suitable for this is the heart meditation, which you can be guided through with the help of the following video.

Customs and spiritual significance of the ritual

The rituals performed during the Rauhnächten are intended to ensure as smooth a transition as possible between the old and the new year. Old energies are made conscious, bundled and expelled, for which there are various possibilities. One uses the sensitivity and sensibility of the days to cleanse oneself and the environment.

It is well known that it is easier to start a story on a blank sheet of paper than on one that is written on. For a carefree start, a cleansing is needed, a getting rid of everything that weighs you down, so that new (or existing) projects can be tackled with new fire. Fumigating the house during the Rauhnächte supports this transition. 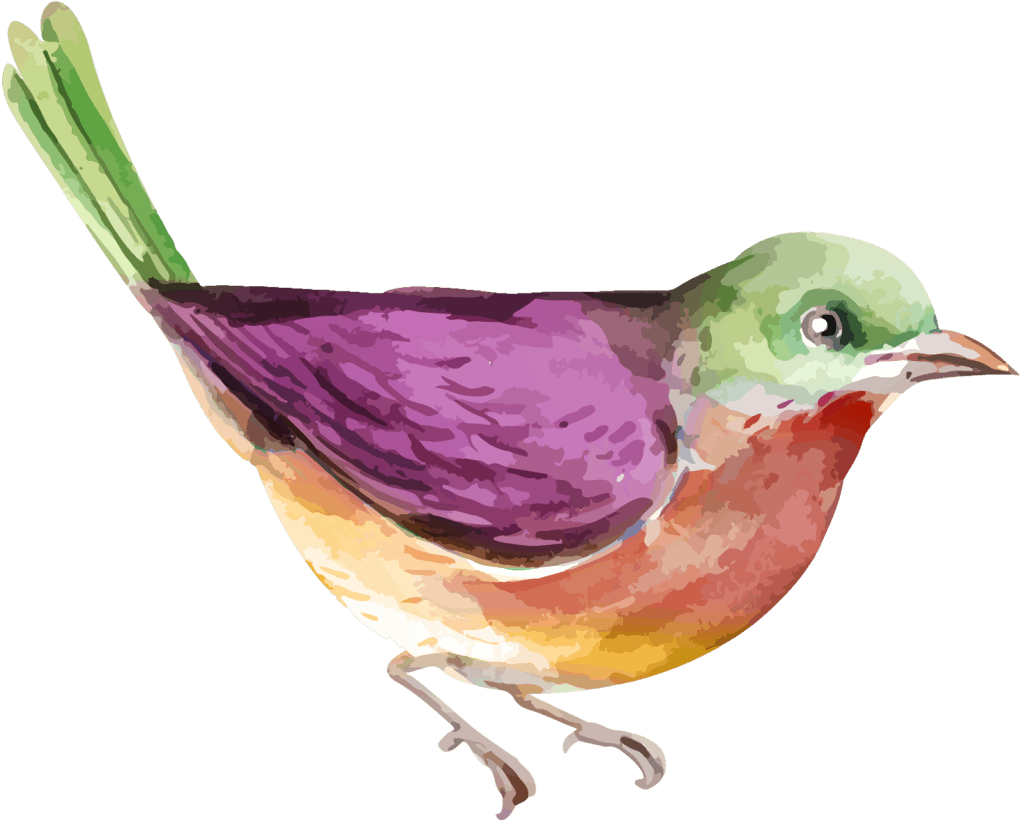 Sign up now for our newsletter & receive great goodies on the Ayurvedic lifestyle.

The protection of your personal data is very important to us. Therefore, we only process the information that we really need from you in order to send you the newsletter. In our privacy policy you can find out how exactly your data is processed. By clicking on "Receive newsletter" you agree that we may send you a newsletter and that you agree to our privacy policy.
PrevLast articlePurification - Why it makes sense and how it works
Next articleSnacks and sweets in AyurvedaNext 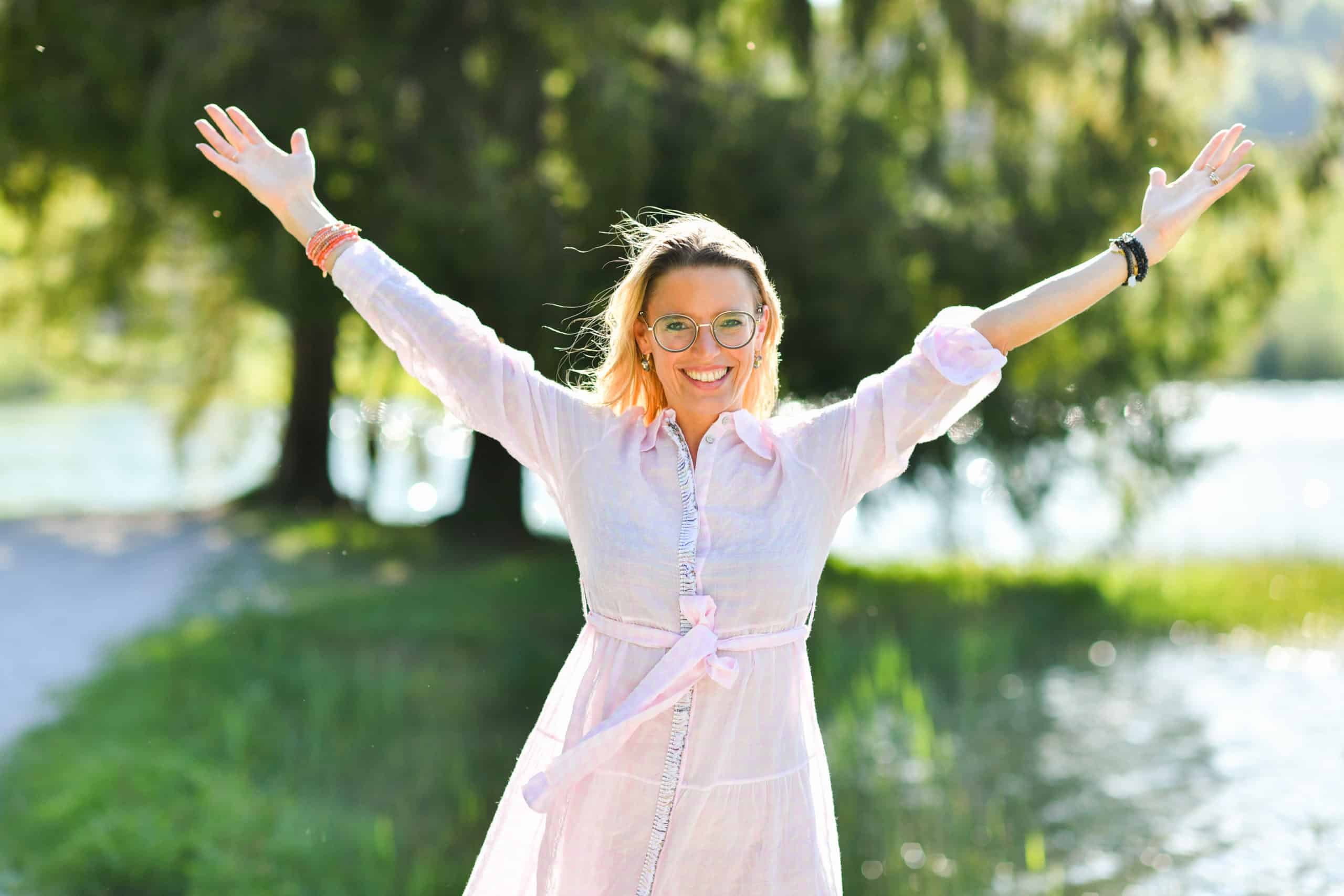 That uncomfortable feeling of heaviness. We all know it all too well. Both physically and mentally, strain gets to us. When we find ourselves in If there is one thing that Ayurvedic cuisine cannot do without, it is definitely ghee! The clarified butter has great advantages compared to other fats and 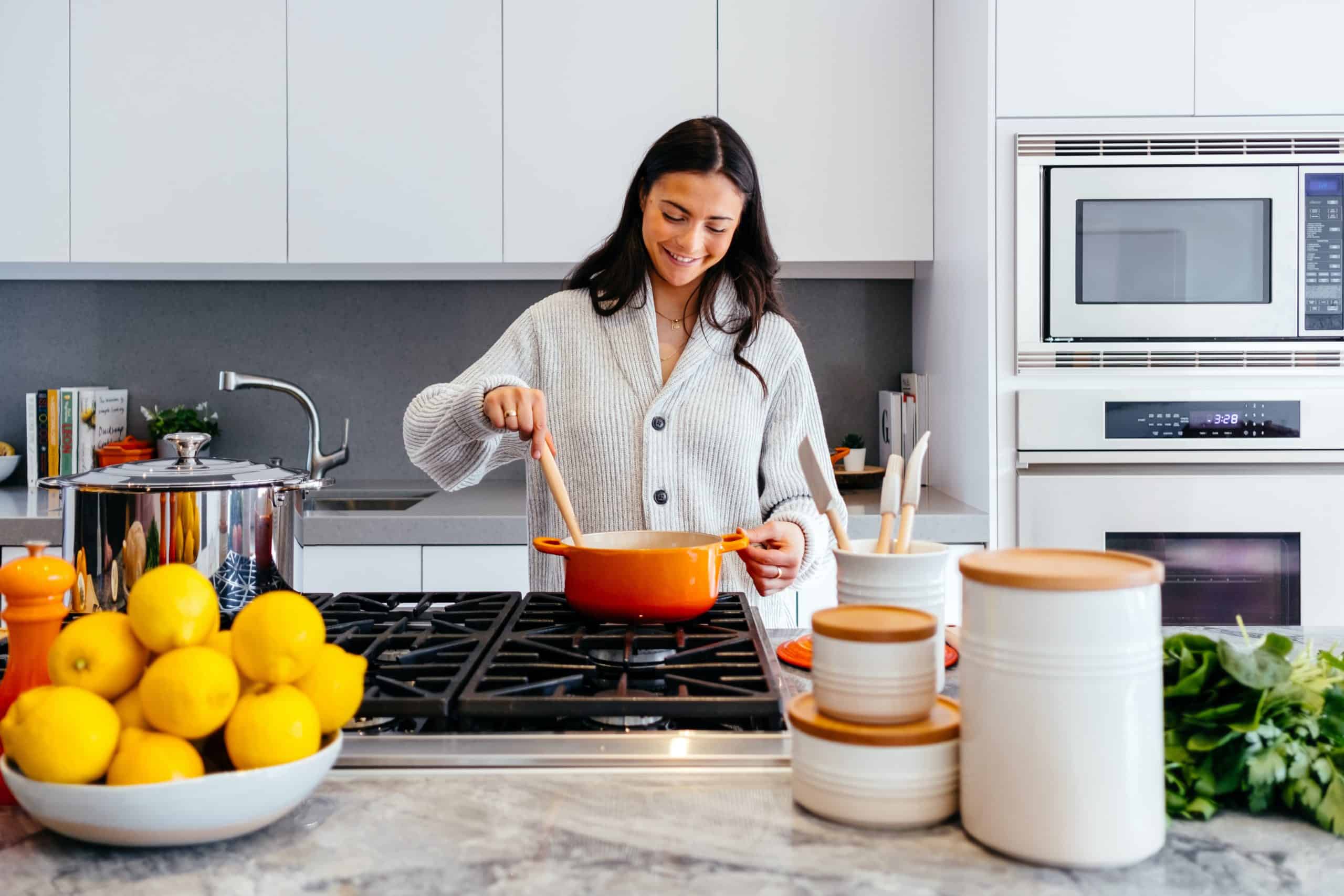 Detoxification cures are really in vogue. This goes hand in hand with the generally growing awareness of a healthy lifestyle. Cures of this kind stimulate the digestive system, strengthen

To the online shop 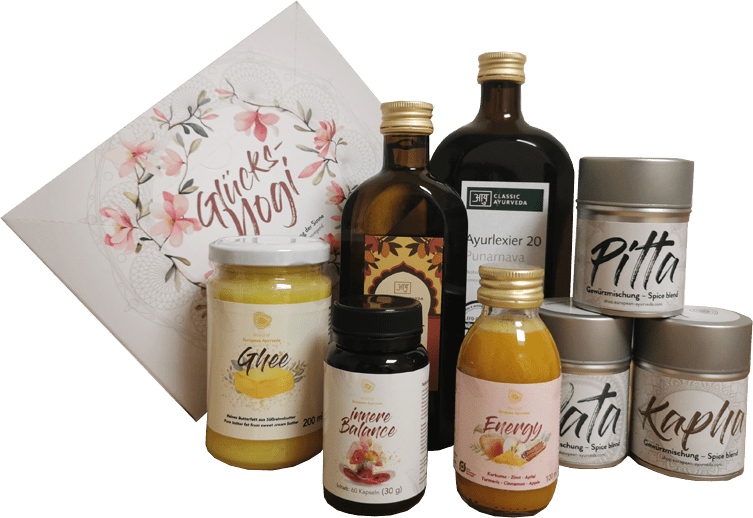 Nourish your body, your mind and your soul.
Leave everyday life behind and experience pure regeneration at the European Ayurveda Resort Sonnhof in Tyrol. 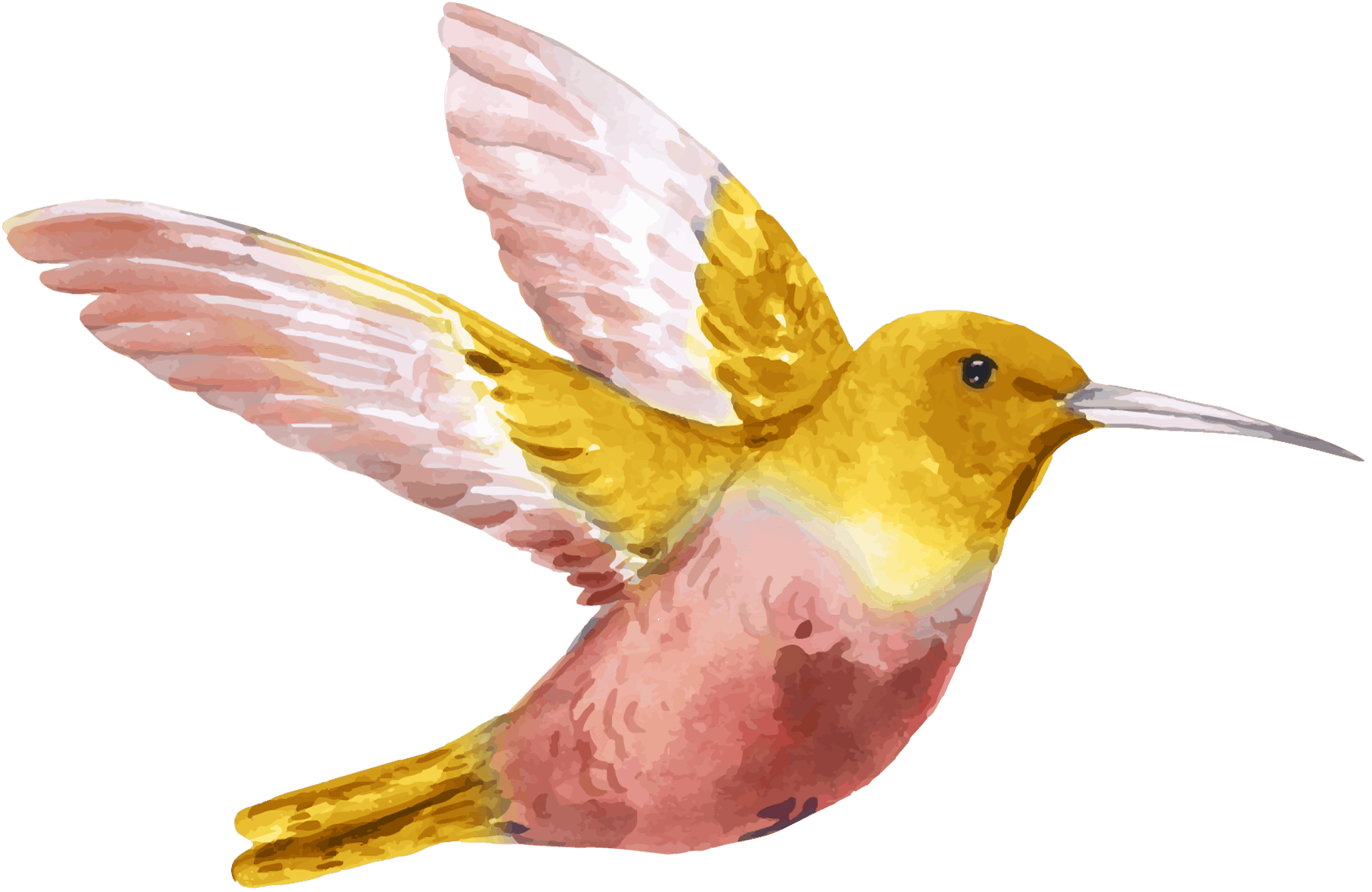 Subscribe to our newsletter and receive our Big 5 for Life incl. constitution test and tips free of charge.